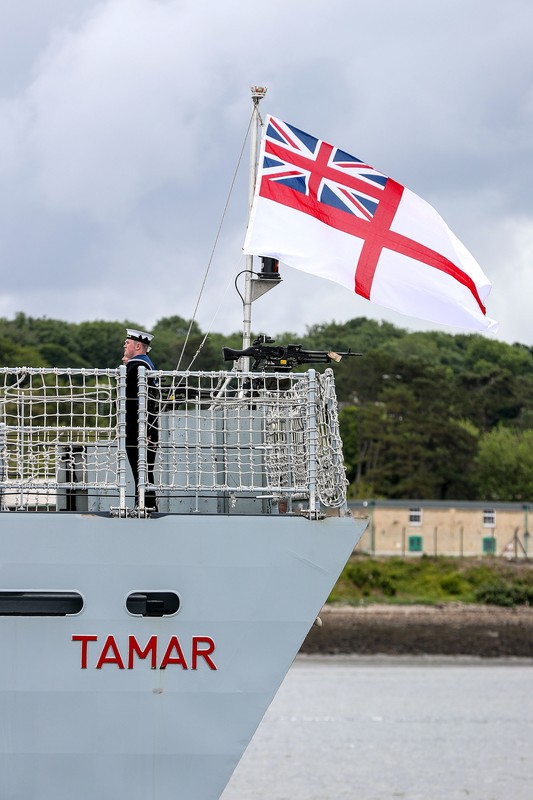 HMS TAMAR RAISES ENSIGN
Pictures taken as HMS Tamar sailed up the River Tamar to raise her White Ensign by the Tamat Bridge.
The Royal Navy’s newest vessel, HMS Tamar, has raised the White Ensign from her deck for the first time and takes up her place as a Fleet warship
.Uniquely conducting the ceremony on her namesake, the River Tamar, the very distinctive Batch 2 River-class Offshore Patrol Vessel (OPV), bears two rampart red lions on either side of her superstructure, representing her close affiliations with both Devon and Cornwall
.Over the past few weeks, Tamar has been operating around Plymouth Sound and across the South West sea training areas, carrying out sea trials and a series of firsts for her and the crew. This has included the first helicopter landing, a Wildcat from Royal Naval Air Station Yeovilton, first gunnery exercises, boat drills as well as emergency and fire exercises, putting her crew through her paces.
HMS Tamar also has the distinction for being the ‘Greenest Ship in the