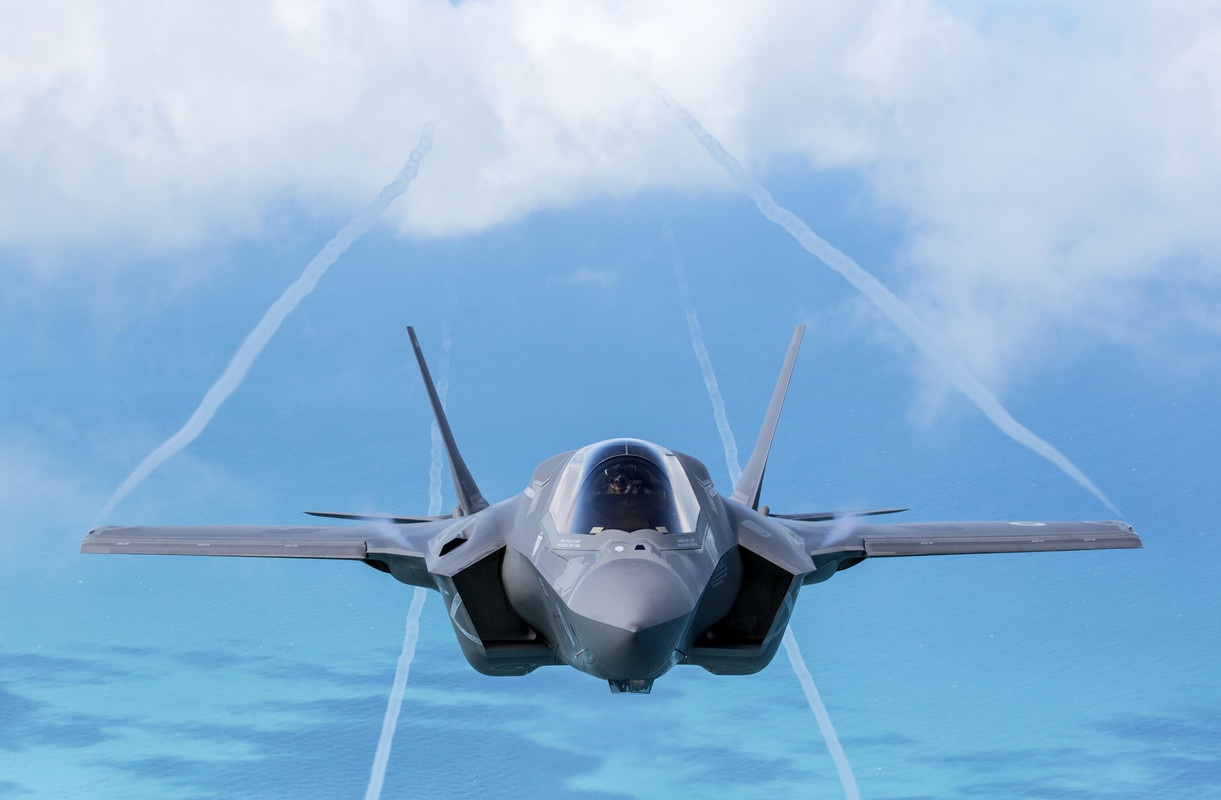 In July 2016, a pair of F-35B's from the Royal Air Force (pictured) and US Marine Corps (USMC) took part in some formation flying over the east coast of England.
The F-35B Lightning is a fifth generation (Typhoon is fourth generation) combat aircraft which will operate alongside the Typhoon.
Lightning is a multi-role machine capable of conducting missions including air-to-surface, electronic warfare, intelligence gathering and air-to-air simultaneously.
The plane combines cutting edge sensors and mission systems with stealth technology which enables it to operate undetected in hostile airspace.
The UK’s and USMC F-35B is of course a short take-off and vertical landing (STOVL) fighter jet; the world’s first supersonic STOVL aircraft and as well as flying from the new QE Class carriers, the UK plane has the ability to operate from land bases and remote locations, providing versatility that will revolutionize the U.K.’s expeditionary combat power